Glistening in the silence

Of my prayerful words.

Sir Lancelot,
Your steed is not
a stallion made for war; 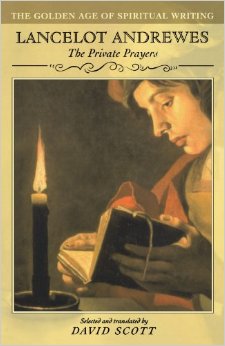 But burning brightly,
Logos-charged, you lunge
with sword aimed sure;
All dragons damned, defeated
Through warfare of the Word.

Devotions, sermons, life of prayer~
Swathed in this armor pure,
Lancelot leads forth the Saints
To conquer and endure.

Holy divine,
Shining one,
Lover of the Church,
Think of us who fight the passions,
Still immured;
Enjoin us with thy Spirit,
Pray our faith may be secured.
May we who love your legacy,
Who know your priestly part
Receive the shield of faith,
Aglow:
A single, fiery heart.

Fresh-firecoal, for any who don’t know, is a word created by the poet, Gerard Manley Hopkins, and found in his poem “Pied Beauty”:

Glory be to God for dappled things –
For skies of couple-colour as a brinded cow;
For rose-moles all in stipple upon trout that swim;
Fresh-firecoal chestnut-falls; finches’ wings;
Landscape plotted and pieced – fold, fallow, and plough;
And áll trádes, their gear and tackle and trim.

All things counter, original, spare, strange;
Whatever is fickle, freckled (who knows how?)
With swift, slow; sweet, sour; adazzle, dim;
He fathers-forth whose beauty is past change:
Praise him.

I love people who invent words–especially Hopkins, whose poetry embodies his dictum that “the poetical language of an age should be the current language heightened.”  If Christ is the Word Made Flesh, and we are imago dei, then writing has the possibility of

becoming a sacramental act as we wrestle with language. Like Jacob after the angelic visitation, we may walk away with a limp, but we will better know ourselves and God for our struggle. A seraph touched Isaiah’s lips with the flaming coal and his guilt was purged, his speech sanctified; perhaps in appropriating words as best we can, we too will engage the angelic realm and in so doing, touch the heart of God.

As with Adam’s naming of the animals, we have the privilege of inventing words, and in the case of writing, or creating art, or building, or a myriad of other activities, the experience of creating the “thing” that the word represents is a sacramental act inasmuch as we “partner” with God in bringing forth a new creation out of the materials we have 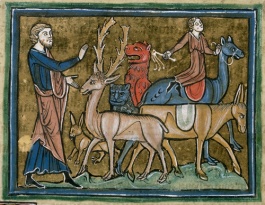 been given. And when we beget a new “thing” that is carelessly fashioned or negates the reality of the spiritual world, we align with the spiritual powers that have broken this world because we contribute to its fallen state. We have this “treasure in earthen vessels”–embodying the soul-stopping truth that the biblical pronouncement that we are “co-inheritors with God” is literal, and pertains not only the heavenly realm, but to the world we now inhabit.  We aren’t presented with just two choices: align with God’s fatalistic “plan” or give in to the dark side; rather, the rich feast of choice spread before us stretches far and wide, reaching into the future,  expanding in a fulgent tapestry, woven in the imagination. I think that Coleridge caught it when he defined the imagination:

The primary IMAGINATION I hold to be the living Power and prime Agent of all human Perception, and as a repetition in the finite mind of the eternal act of creation in the infinite I AM. The secondary Imagination I consider as an echo of the former, co-existing with the conscious will, yet still as identical with the primary in the kind of its agency, and differing only in degree, and in the mode of operation. It dissolves, diffuses, dissipates, in order to recreate; or where this process is rendered impossible, yet still at all events it struggles to idealize and unify. It is essentially vital, even as all objects (as objects) are essentially fixed and dead.

Surely the imago dei lies within the depths of the human ability to create and to label with words that which we have conceived of and brought forth.